9 Lessons
3.5 Hours of video
96 Variations to learn
15 Games in database

Tired of long theoretical games in Ruy Lopez, French, or the Sicilian?

Most “classical” openings require weeks worth of preparation, memorization, and understanding.

There is a better way. Take your opponent off the main road into a different territory with the Scotch Game!

Scotch is a dynamic, attacking, flexible opening that leads to active and solid positions every-single-time.

And the best thing?

You can learn the entire system in under 4-hours with FM Yuriy Krykun revealing his entire preparation on Scotch!

Why Play the Scotch?

Ready to include a powerful attacking weapon in your repertoire? 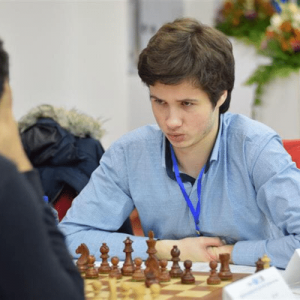 Is a Ukrainian FIDE master and member of the National Team with ELO of 2372 and IM norm. He played in many National and International tournaments, winning over 10 medals. Bronze medal winner in European U18 Championship. Full-time chess player, coach, and author of multiple publications.