Topics: Queen's Gambit Instructor: FM Zaur Tekeyev Level: Intermediate, Advanced
FM Zaur Tekeyev is here to present a trendy novelty when it comes to QGD! In just 3-hours, you'll get a complete understanding of the…h6 system and will be able to deploy it in any of your Queen's Gambit Declined games.

Are you looking for a serious upgrade to your anti-1.d4 repertoire?

If you play Queen’s Gambit Declined with black pieces I have great news for you.

FM Zaur Tekeyev is here to present a trendy novelty when it comes to QGD! 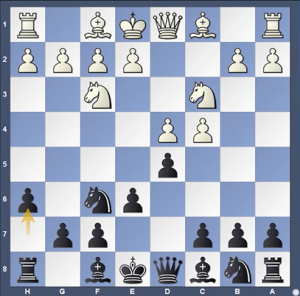 Not only do you take advantage of the element of surprise, but you also get a solid, perfectly sound position.

You will avoid most of the theory and home preparation by White, as well as save time mastering this opening.

In just 3-hours, you’ll get a complete understanding of the…h6 system and will be able to deploy it in any of your Queen’s Gambit Declined games.

Time to get started!

is a FIDE Master with one International Master norm. FM Tekeyev has been coaching chess players of different ages and levels for many years. As a player, he has won multiple tournaments, one of the best results being 1st place in the Russian National Students’ Chess League Championship (Moscow Open, 2017). Zaur is also a big online blitz player, with an online rating of over 2800.