There are two methods when it comes to opening preparation.

The first way is memorizing as many opening lines as possible, to make sure you ‘out-prepare’ your opponent.

It is tedious and time-consuming (not suitable for most club players).

The second way is how GM Miloje Ratkovic steadily grew his Elo from 2000 to 2499 FIDE.

It’s not the number of lines you memorize that matters, but the quality of your preparation.

The Janowski Variation is the simplest way to meet the Queen’s Gambit for Black.

The idea is simple. Black captures on c4, keeps the pawn with b5, and develops the ‘bad bishop’ to b7.

This is the opening that allowed Miloje to conquer the road to the GM title, and he wants to help you out in your journey.

That’s why GM Ratkovic took time off his busy tournament schedule to create the ‘ultimate shortcut’ based on QGD: Janowski Variation.

In just 5 hours you’ll learn everything there is to know about the Janowski Variation to outclass 90% of your opponents. 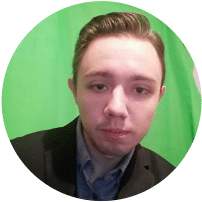 is a Serbian Grandmaster with a FIDE Rating of 2499. He obtained the GM title in 2021. He has conquered many National and International events. He is a professional player, chess coach, and streamer. GM Ratkovic is also a huge fan of online blitz with an Elo over 2785.

If you want to simplify your opening preparation for Black and follow the tested-and-proven formula of success, GM Ratkovic’s new course is for you.