Topics: London System Instructor: IM Milovan Ratkovic Level: Intermediate, Advanced
A guided tour of this easy-to-learn system for dominating the opening as white. No matter what black does, apply IM Ratkovic’s strategic blueprint to enjoy a solid enough edge to handle any strength of the opponent.

A Dangerous, Yet Easy-to-Learn White Opening You Can Learn in a Couple Hours and Play for the Rest of Your Career

To the outsider, he looks like just your “typical” strong guy… the type who always seems to be leading local tournaments…

He plays openings quickly, sees tactics in an instant, and wins games making it look simple.

What If I told you he stopped studying openings years ago?

And instead of laboring over the latest lines, checking each closely with his computer…

…he uses simple “piece path” systems to get amazing positions…

– no matter how his opponents respond!

And today I wanna share his recommended system for white. 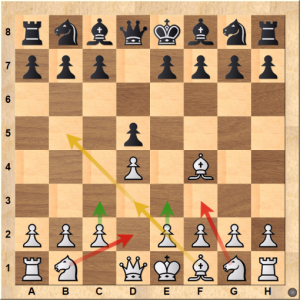 The London System is a dangerous, yet easy-to-learn white opening you can learn in a couple hours and play for the rest of your career.

In fact, giants like Kramnik and Carlsen adopted it to avoid the dangerous computer prep of guys like Caruana and Naka!

In over 10 hours of premium video training, IM Ratkovic gives you a guided tour of this easy-to-learn system for dominating the opening as white. Simply play 1.d4 and 2.Bf4 and then no matter what black does, apply IM Ratkovic’s strategic blueprint to enjoy a solid enough edge to handle any strength of the opponent.

Try the London System Mastermind with IM Milovan Ratkovic course before buying it. This Free Chapter of the course contains one full lesson with the 365Chess Coach and the Repertoire Trainer. 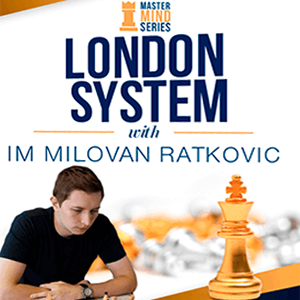