Topics: Chess Courses Instructor: IM Mat Kolosowski Level: Intermediate
It's a double-edged sword that every chess player must learn to yield. That's where this course comes in.In this 3 hour course, IM Mat Kolosowski takes you on a ride to understand your Isolated Queen's Pawn in a different light.

Browse or download, with a beautiful and intuitive tool, the PGN files of the lessons in this course.

An early d4 move by White and d5 by Black, followed by undermining pawn moves in the adjacent files—and there it is, the true “pride and sorrow” of chess.

However, some have a longer life span and live until the endgame. And that’s where the force quickly fizzles into a BIG MINUS.

It’s hard to defend without the rest of the minor pieces missing on the board.

The opponent usually ends up grabbing the IQP and takes his extra pawn to promote to a queen (or whatever he wishes).

What is an Isolated Queen’s Pawn?

It’s a double-edged sword that every chess player must learn to yield. That’s where this course comes in.

In this 3 hour course, IM Mat Kolosowski takes you on a ride to understand your Isolated Queen’s Pawn in a different light.

Whether it is to transition into a better endgame, push the pawn to promotion or attack the opponent’s king, Kolosowski will cover all these different aspects of playing with an Isolated Queen’s Pawn and turning it into a killer weapon. 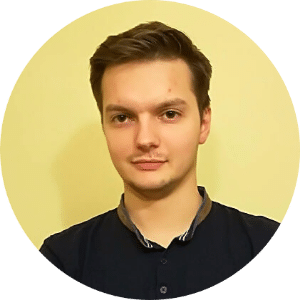 Mat Kołosowski is an International Master from Poland. He is a multiple Polish youth championship medalist. In 2010 he took 5th place in European U-18 Championship. During the course of his chess career Mat won many international tournaments. Apart from being a player he is also a chess coach who has experience in working with students from more than 20 countries.