Topics: English Opening Instructor: IM Milovan Ratkovic Level: Intermediate, Advanced
A complete and professional repertoire for white where every single response is covered and you’re guaranteed to get solid positions with a slight edge. All plans, ideas, and theory explained, leaving you armed to take on any level of opponent.

Maybe you’re a positional player who wants to model a legend like Botvinnik, Karpov, Andersson, or Petrosian…

Or maybe you’re a creative attacker looking for fresh attacking positions…and to avoid the mind-numbing theory that 1.e4 players are forced to memorize… sort of like how Kasparov, Fischer, or Aronian did…

The solution to all of these problems is to give the English Opening a try!

Positional maestros LOVE it and creative attackers often save it as a deadly surprise weapon. 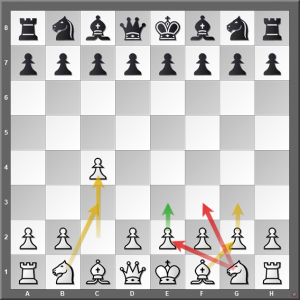 What I have for you today is a complete English Opening repertoire developed by International Master Milovan Ratkovic from Serbia.

You get 10 hours of video training explaining all of the plans, theory, and ideas in the opening as well as a comprehensive set of PGNs to help you review the lines in your favorite chess software.

3 Weapons SURE to Score You Points in Tournaments…

Whether you’re a positional player looking to both improve your results or even a creative attacker who hates the theory involved in playing 1.e4… you can do no better than to take up the English Opening as your deadliest white weapon.

Let’s get this complete repertoire from IM Ratkovic!

What I have for you today is a complete and professional repertoire for white where every single response is covered and you’re guaranteed to get solid positions with a slight edge. Join IM Ratkovic as he trains you in HD video and clearly explains all plans, ideas, and theory, leaving you armed to take on any level of opponent.

Try the English Opening Mastermind with IM Milovan Ratkovic course before buying it. This Free Chapter of the course contains one full lesson with the 365Chess Coach and the Repertoire Trainer. 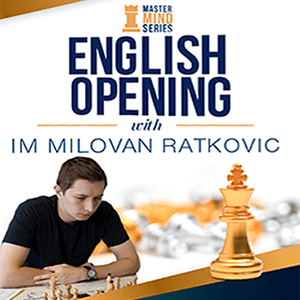