Topics: Benoni Instructor: IM Valeri Lilov Level: Intermediate
The Benoni Defense is dynamic and dangerous...against White's 1.d4 opening. It can be the center of your opening repertoire that can rattle White's not-so-well-thought plans in mere few moves!

How to Play The Benoni Defense With IM Valeri Lilov

The Benoni Defense is dynamic and dangerous… against White’s 1.d4 opening. It can be the center of your opening repertoire that can rattle White’s not-so-well-thought plans in mere few moves!

Unbalanced pawn structure, imbalances on both sides of the board, and you are up for an unrelenting fight.

Perfect for short time-controls… and regardless of whatever position White plays for, Black imminently ends up better.

But the Benoni is inherently tricky to play for Black, with lots of sidelines and traps that White has at his disposal.

If you are prepared, you can match blow-for-blow White’s every move and even confuse him for good at times. If you are not, let’s prepare the coffin for your king now. 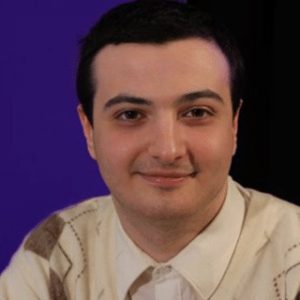 Better known as Tiger Lilov is a professional chess coach and lecturer renowned for his personalized approach to training students and professional players from all over the world. Having been an active tournament player all his life, he has won many international open tournaments and championships including the European Individual School Chess Championship U10 (Moscow, 2000) and the Kulaga Memorial International Open (Minsk, 2007).