Chess Openings for White: The Reti Opening with 2.e3

Having White is supposed to be an advantage…

But how can we guarantee the positions we want?

It’s easy to get dragged into heavily theoretical openings like the Queen’s Gambit Declined, Nimzo-Indian, or Open/Closed Catalan systems.

The whole point of learning an opening is to get positions on the board that we like and understand better than our opponents do.

Which is why GM Alex Lenderman has created a new course detailing a “silent assassin” move-order that accomplishes exactly that.

We sidestep the dense theory of other lines and get the positions we want. 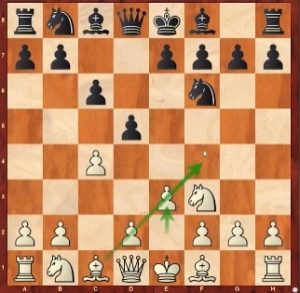 It starts with 1.Nf3 d5 2.e3… moves that subtly influence Black’s decisions (1…e5 is out, as is 2…d4) and form the foundation for our subsequent play.

Learn the ideas behind this under-the-radar variation of the Reti Opening and you will get solid, active positions while avoiding the million other lines Black wants to trick you into.

Rack up Massive Scores as White with…

Aleksandr Lenderman is an American chess grandmaster, who was originally born in Leningrad. He is currently ranked #12 in the United States with an Elo of 2615.

Lenderman played for team USA in the 2015 World Team Chess Championship in Tsaghkadzor and scored 5/7, winning the gold medal on the second board.

He won the 2015 World Open after beating Rauf Mamedov in an Armageddon playoff; the two had the best tiebreak among eight players who tied for first place with 7/9.